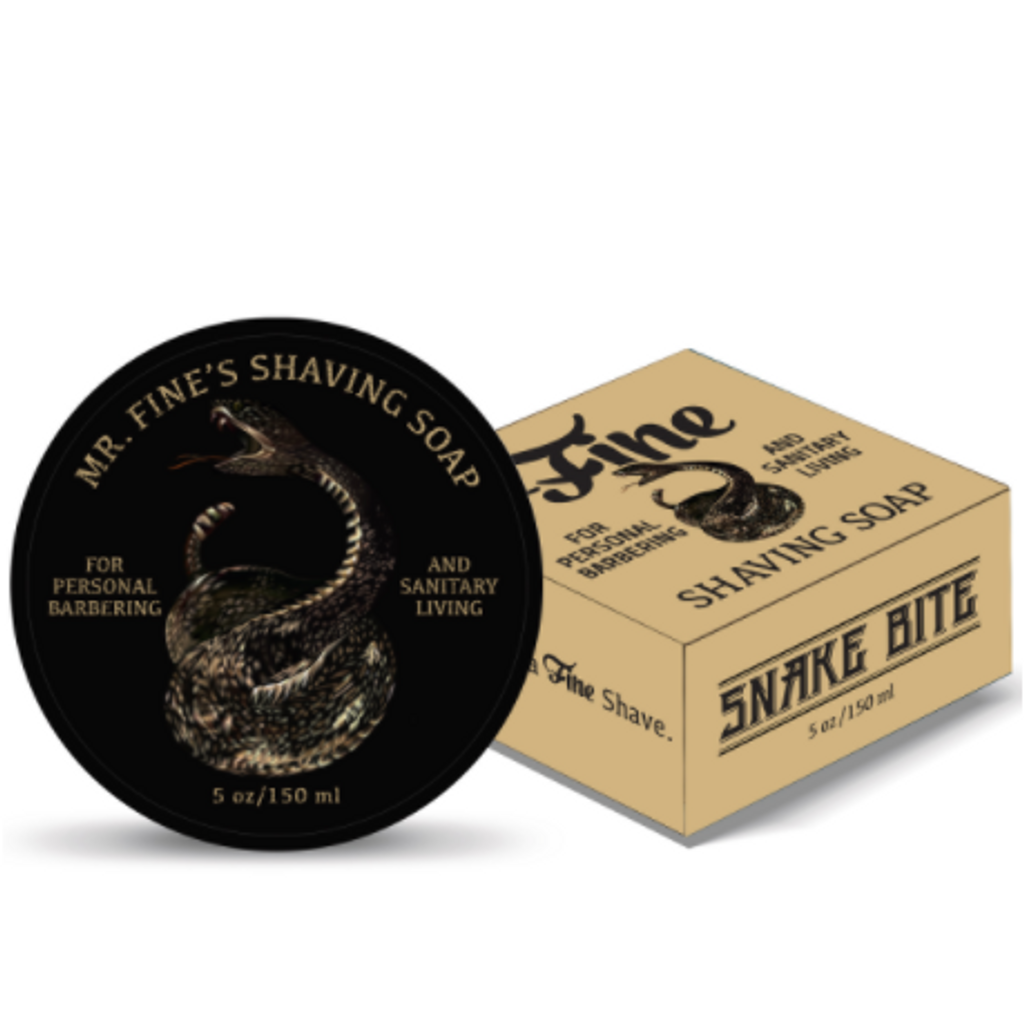 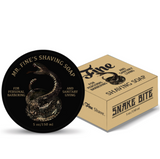 Made in Italy, Fine snake bite shaving soap has a formula that embraces fine vegetable oils and butters with a base of animal fat, providing outstanding benefits for your shave:

Size: 150ml in a large transparent plastic jar with black cap and freshness saving undercap (An increase from 100ml in the old formula)

Fine Accoutrements is an American company that makes shaving soap in Italy. Attracted to the idea that traditional shaving could be less expensive and more effective than the mass market approach, Mr Todd Cerami (Mr Fine) transformed his whole shaving experience into pure pleasure. Discovering that his favourite part of the shave was the 'end' completing with a spray of aftershave, he decided to recreate his own aftershave. After many attempts, the right formulation was created and shared with the world, starting with Fine Classic Aftershave.

The Fine Accoutrements mission is to provide a complete, expanding range of products for traditional shaving, bringing the best of the old, blending with new exciting scents!

Fantastic soap from Fine accoutrements, a little goes a long way. Rich thick lather was easy to achieve and it gave a super slick shave. Followed up with the splash for a most enjoyable shave. A must have for any discernable D.E shaver.