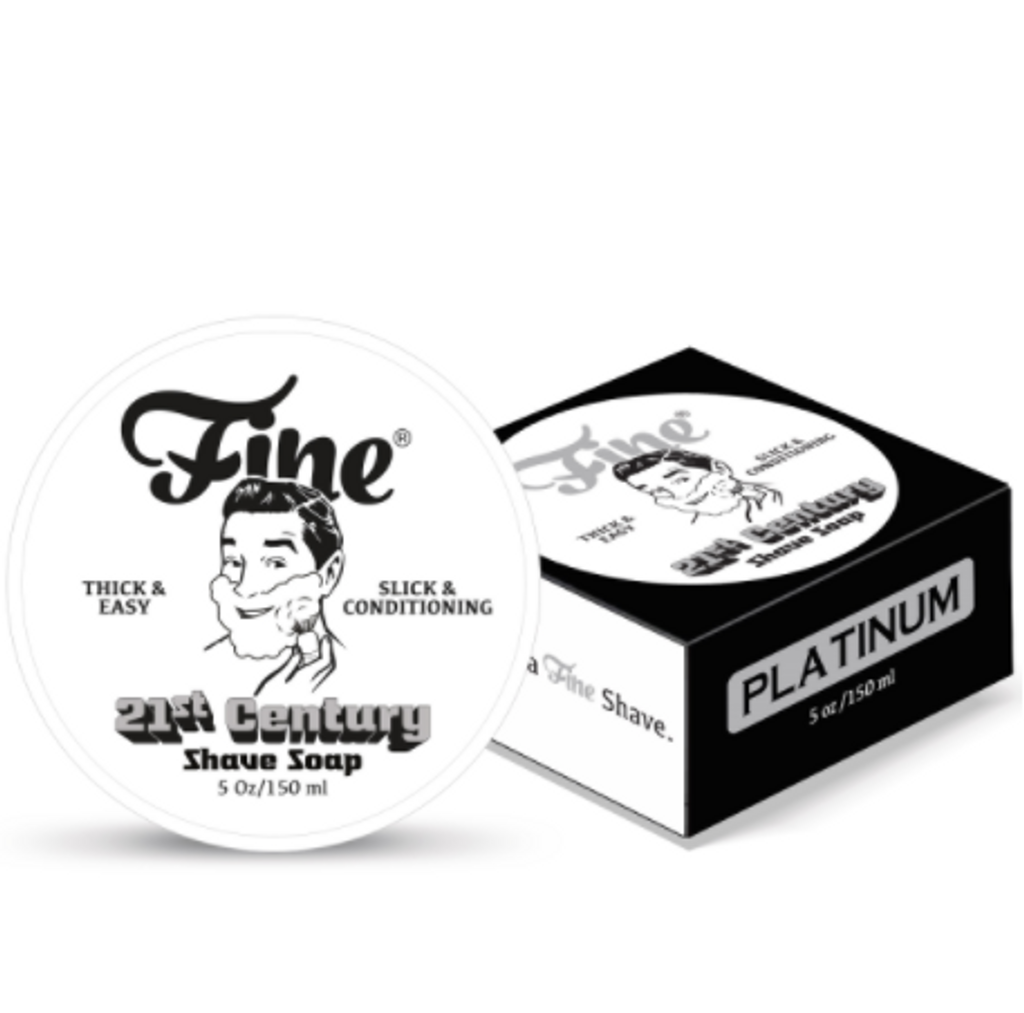 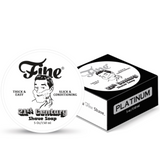 Made in Italy, Fine platinum shaving soap has a formula that embraces fine vegetable oils and butters with a base of animal fat, providing outstanding benefits for your shave:

Scent Profile: A sophisticated fragrance that radiates success! Inspired by the famous Creed Aventus (2010) the scent has top notes of spicy pineapple, over an oakmoss base.

Attracted to the idea that traditional shaving could be less expensive and more effective than the mass market approach, Mr Todd Cerami (Mr Fine) transformed his whole wet shaving experience into pure pleasure. Discovering that his favourite part of the shave was the 'end' completing with a spray of aftershave, he decided to recreate his own aftershave. After many attempts, the right formulation was created and shared with the world, starting with Fine Classic Aftershave.

Wanted to try one of these for a while. Decent soap once you understand how to lather it (onto your face and gradual adding of water to the brush). Not as good as some others such as Phoenix etc but a solid soap. Great service from Agent Shave as usual!

An excellent hard soap. Unusual to have a hard soap that is tallow based, but this really does impress.