Phoenix Artisan Accoutrements CK6 formula shaving soap is finally available though Agent Shave in the UK! So agents, we hear you cry - what is in this new formula CK6?

The creation of CK6 formula shaving soap began with a mission: (and we agents love a mission!)

Kill the 'tallow is superior' myth....

Tired of the 'Tallow is best' thinking amongst wet shavers, Doug & Fran decided they would make it their mission to create a new shaving soap that ticks of all the attributes of a Tallow shaving soap; better glide, better post shave feel, better moisturising properties - yet WITHOUT Tallow!

Whenever they had free time in the lab, the quest to produce the slickest, thickest shave soap formulas with the best post shave feel known to man began! After researching all the different types of oils and butters the world had to offer, the journey took Phoenix Artisan Accoutrements deep into the jungles of South America to find the tallow alternative.

Bringing killer post shave feel into the equation is Bacuri Butter, from the North of Brazil. The high amount of palmitoleic acid compared to other oils makes it a fantastic emollient.

Cupuacu Butter has a higher water absorbency than lanolin (over 200%) making it possibly one of the best moisturising agents available.

When all these are combined, Phoenix Artisan Accoutrements have in their CK-6 Formula produced a premium, high buttery, creamy lather that possesses superb residual slickness and an earth shattering post shave feel! Best of all, surprising all critics - a vegan formula! 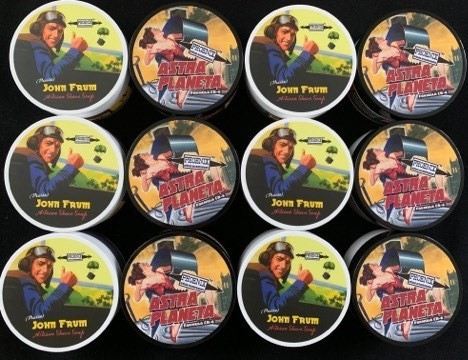 We agents look forward to new scents as they become available. Do check back with us for matching Aftershave Splashes, expected November.